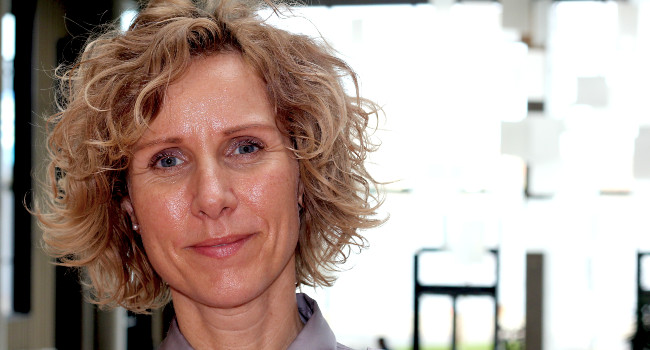 Professor Anne Marie Kanstrup will take over as Pro-rector at Aalborg University after Inger Askehave.

Anne Marie Kanstrup has been selected because she has both the professional and personal competences that match the job and because she complements the existing executive management.

- We selected Anne Marie Kanstrup because she has a strong profile and a substantial background for doing the job. She has in-depth knowledge of AAU, great commitment and a clear vision for the education area. Her special competences will help to advance efforts such as the establishment of the cross-cutting unit for PBL and the continuation of digitalisation in education. I am certain that Anne Marie will play a significant role in how we best develop our programmes to match the needs of the labour market, a major concern of both policy makers and education seekers. Going forward, AAU must look carefully at how we can offer programmes that are even more engaged with the real world. I am convinced that our new pro-rector will be instrumental in ensuring this, Rector Per Michael Johansen says.

Anne Marie Kanstrup is a familiar face at AAU. Since 2001, with one detour at University College of Northern Denmark (UCN), she has been at the university as a PhD student, a Professor with special responsibilities in the Department of Communication and Psychology, and most recently as a Professor in the Department of Planning. She now looks forward to engaging with the job of spreading AAU's knowledge to the rest of the world.

In the near future, there will be two very important education-related tasks for AAU that the new pro-rector will be solving jointly with the rest of the organisation.

- The university is in the midst of rolling out the adjusted quality system which must be in place before re-accreditation. Of course, there will also be a lot of focus on the government’s announcement of a comprehensive plan for decentralising study programmes – including reducing admissions in the four major university cities, Rector Per Michael Johansen says.

She will be welcomed to the executive management June 15. The early start ensures a stable handover from Acting Pro-rector Jeppe Emmersen whom Anne Marie will follow during the initial period. In August, we will begin a comprehensive introduction programme.