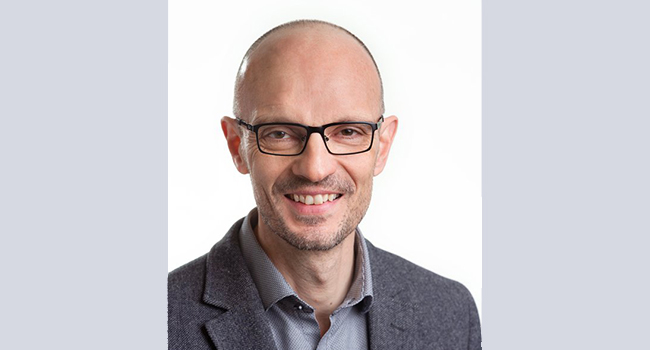 He wants to create an organization where it is clear to staff members how important they are and what is required of them to make Aalborg University (AAU) even better. He will draw on his experience as director of University College Absalon in Sorø and an MBA to meet this challenge.

Aalborg University's future director, Søren Lind Christiansen, 51, brings in-depth knowledge of both the professional and university sector to his new job as administrative head of AAU.

For the past four years, Søren Lind Christiansen has been the director of UC Absalon headquartered in Sorø and previously spent seven years as head of the secretariat at the University of Southern Denmark (SDU). Along the way, he earned an Executive MBA at Henley Business School focusing on motivation and the quality of staff initiatives. He also completed a programme at INSEAD in France on digitalisation management.

The new director's boss, Rector Per Michael Johansen, is looking forward to the collaboration:

- Søren has ambitions for the operation of the university and possesses the tools to make them a reality. I look forward to working with him on the continued development of Shared Services, in conjunction with the many talented staff in the administration – both those centrally located and those in the department administrations – which will greatly benefit the quality of the university's overall administrative working procedures, says Per Michael Johansen.

Søren Lind Christiansen takes the reins on 1 November and looks forward to starting at Aalborg University where the university director's work is quite broad.

Søren Lind Christiansen was found through an extensive recruitment process aided by the executive search firm Heidrick & Struggles and interviews with a representative appointment committee. Søren holds a Master's degree in Political Science from Aarhus University, 1996. He replaces Antonino Castrone who after six years as director has chosen to leave the position. In his personal life, Søren Lind Christiansen is married to Anne Velling Christiansen who recently became director of Mariagerfjord Municipality.