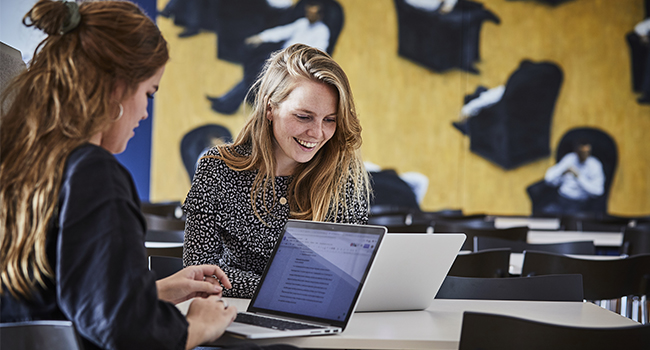 The corona pandemic is expected to put an end to the dreams of thousands of young people for gap years, jobs and travel after high school. Instead, they will be applying to their dream programme at the universities.

Such is the expectation of the Ministry of Higher Education and Science, and it will mean increased competition for study places. The parties in the Danish parliament will now try to accommodate this increased demand with a new agreement that will create 4,500 extra study places this year and the next.

- The benefits of education to society and the individual cannot be understated, and we must try to accommodate all young people who would like a study place this year and next, says Ane Halsboe-Jørgensen (S), Minister for Higher Education and Science, in a press release.

The agreement is structured to benefit not only the programmes in Copenhagen that reject the most applicants. Of the DKK 165 million, Aalborg University (AAU) will receive 11.6 million that will go to programmes in technology and IT, the green transition and other programmes that can create growth in the Danish economy.

- It’s a balanced agreement that ensures that all universities have the opportunity get in on, and we of course want to do that, says Per Michael Johansen, Rector.

Inger Askehave, Pro-rector for Education, will now work with faculties and departments on identifying where AAU has the opportunity to increase the number of study places as early as this summer’s admission period.

At AAU Communication, work is underway to clarify what opportunities the university has for increasing the visibility of the extra places.

The political agreement allocates a total of DKK 210 million to increase student admissions. Of this, 165 million goes to create 4,500 study places in programmes with good employment opportunities afterwards.

In addition, the parties to the agreement are particularly interested in creating 500 extra places during 2020 and 2021 in welfare-related programs such as nursing.

DKK 35 million will be allocated to ensure that the 500 places can be created especially outside the country's major cities.

The last 10 million goes to additional student counselling to help young people expand their application approach, both academically and geographically.