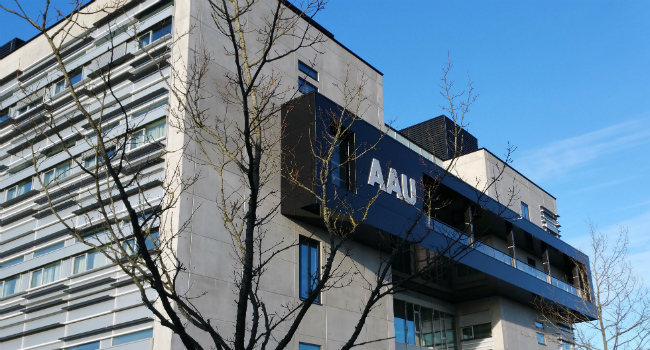 The new top spot is the latest in a slew of impressive rankings and comes only six months after AAU’s engineering programs placed fourth in a major study of the world's universities from top U.S. university MIT.

- It’s perhaps a bit immodest and not a very Danish thing to say, but we are simply among the best in the world in this field. We have some super strong research environments, strong partners and a unique educational model that’s based on solving real-world problems, says Rector Per Michael Johansen.

He points to the fact that AAU research substantially contributes to addressing the UN’s 17 Global Goals, including sustainable energy. This means that companies from all over the world are locating employees on the university's campus, including Danfoss, Vestas, China State Grid and Fuji Electric. The companies want research-based knowledge in fields like power electronics which deals with converting electrical energy with minimal losses and thus high efficiency.

A win for the business community

One of Europe's leading consulting firms, Denmark’s COWI, sees it as a gift to Danish industry that Danish universities are leading when it comes to engineering.

- At COWI we live by being the best at consulting. We can only do this if university students have access to the best research. So it benefits Danish industry when Aalborg University is in the very top, says Lars-Peter Søbye, CEO of COWI, who graduated with an MSc in Engineering from Aalborg University.

AAU Rector Per Michael Johansen is proud to head an institution with so many talented researchers and staff in the engineering field.

- A major acknowledgment to all staff for this impressive ranking. The result also speaks to the long haul and hard work by AAU in creating a unique engineering profile, says Per Michael Johansen.

Progress in other research fields

AAU also advanced in other areas in the U.S News & World Report rankings. AAU improved significantly in many other fields achieving an overall rank of No. 260 out of the world's approximately 17,000 universities.

U.S. News & World Report also notes that AAU advanced in IT, clinical medicine, environmental science, neuroscience, biology & biotech; in each of these areas AAU is now in the top 500 in the world.

Recently, AAU garnered several top rankings on both international and Danish lists. In September, AAU for the first time made it into the top 200 of the World's Best Universities from Times Higher Education. (See the full list here)

In the spring, MIT published a report on the world's leading engineering programmes where AAU ranked fourth. The report was based on interviews with 178 experts from around the world. (Read more about the MIT report)

In February, the Confederation of Danish Industry designated AAU as the best university in Denmark for partnering with the business community.

And in March, the Danish Chamber of Commerce also named AAU as the best Danish university for partnering with business in the IT field.