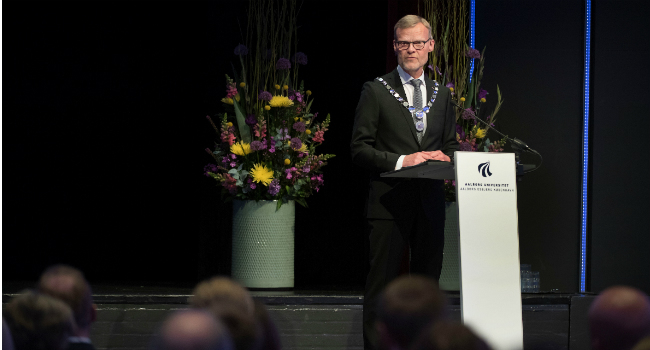 Teachers, researchers and students honoured at the AAU annual celebration 2019

Awards, accolades and applause filled the air at this year’s Aalborg University celebration on Friday 3 May in the Aalborg Congress & Culture Centre. The very best in their fields were honoured at the ceremony attended by specially invited guests from the business community, organisations and academia. The celebration event included speeches, awards ceremonies and music.

‘The world is out of joint!’

In a world changing at an ever increasing pace, he made it absolutely clear that the need for interdisciplinary universities is greater than ever. It is essential for AAU that the management, staff and students continue act and think across disciplines and faculties in order to solve the technological and social challenges of the future.

‘We need to replace ‘how’ with ‘why’. Why do we do the things we do? If we don’t start asking ‘why’ when we face new technology and learn how to handle technology wisely, the world will truly be out of joint,’ said Per Michael Johansen.

He emphasised that the answer to the challenges is to continue thinking and researching across disciplinary boundaries and that AAU is a multi-faculty university is a benefit to the entire university.

In 2019, two researchers were awarded the higher doctorate degree and were honoured at the ceremony.

The two new recipients of the higher doctoral degree at Aalborg University are: 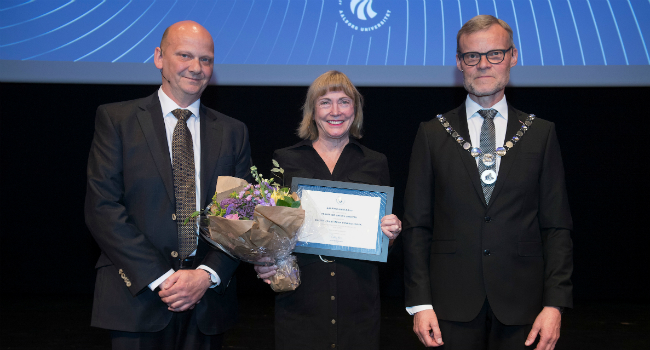 The honorary doctoral degree may be awarded to researchers who have achieved such outstanding academic results that Aalborg University deems it natural to honour them by awarding the highest academic degree.

Energy from solar cells can be converted to electricity in a cheaper and better way thanks to research by 28-year-old Ariya Sangwongwanich, postdoc at Aalborg University. He received the Spar Nord Foundation Research Award for his PhD thesis ‘Grid-Friendly High-Reliability Photovoltaic Systems’. Knowledge about better use of photovoltaic energy is crucial for making energy cheaper for consumers and better for the electricity grid. 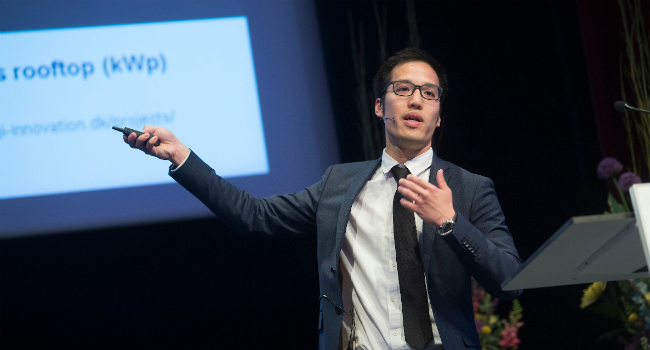 ‘It sounds complicated, but actually it's pretty simple,’ Ariya Sangwongwanich said when he received the award. He briefly explained the usefulness of his complex research project in a simple and understandable way to the ceremony audience.

Every year, the Spar Nord Foundation Research Award is given to a junior researcher in recognition of an excellent research project. The foundation donates DKK 250,000 for further research in the field. 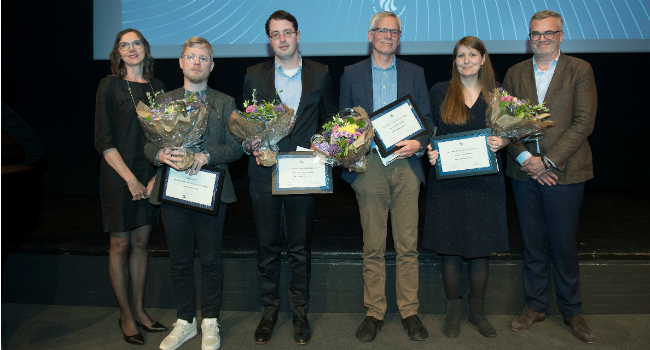 The Teacher of the Year at each of the five faculties:

Roblon Prize for Master's thesis on hibernation and human diseases

In her thesis, she investigated how Scandinavian brown bears adapt their physiology to hibernation.

An understanding of how the bear adapts its body to the inactivity of hibernation has the potential for curing human diseases such as muscular dystrophy, osteoporosis, cardiovascular diseases and diabetes. 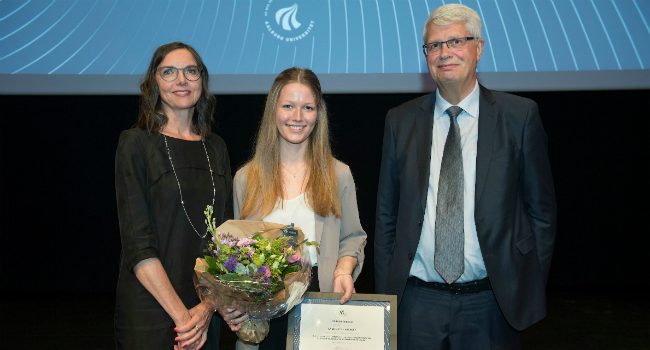 Each year, the Roblon Prize is awarded to a master's thesis at Aalborg University that is considered particularly innovative. Furthermore, the thesis must preferably have a positive impact on Northern Jutland in terms of further research or employment, etc. The prize includes a cash prize of DKK 100,000.

Three AAU students had such a good business idea that they were awarded the Novi Newtech Scholarship of DKK 250,000. The three students - Asger Damtoft, Steffen Nielsen and Malte Nørgaard - have already established their own business, Hexastate. They specialise in measuring vibrations, which can predict possible breakdowns of production equipment and thus save their customers excessive costs.

The ceremony was concluded with a drinks reception, and the event culminated in a huge University Party attended by 1,500 staff members, students and business partners together with the ceremony guests. 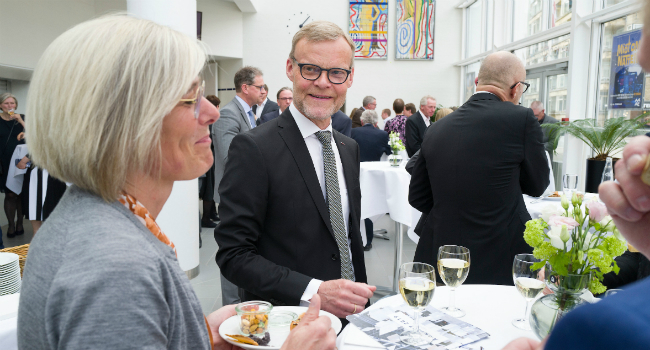 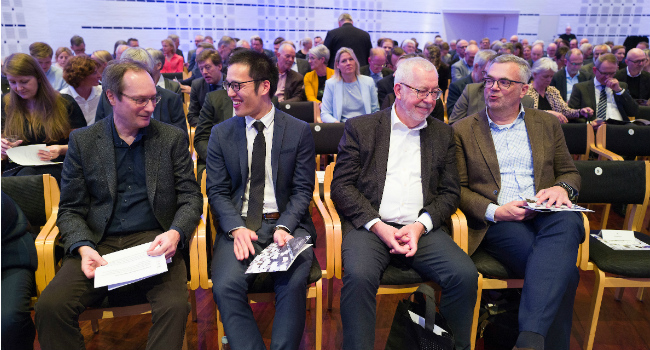 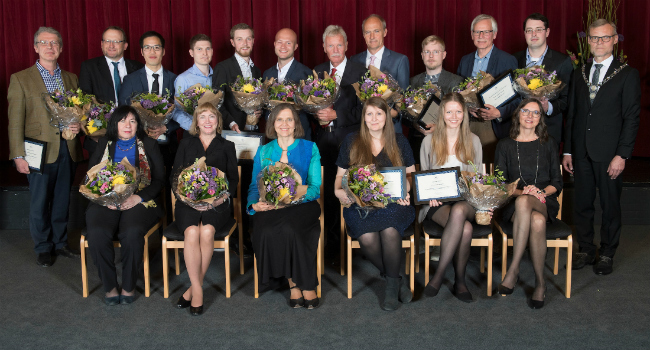 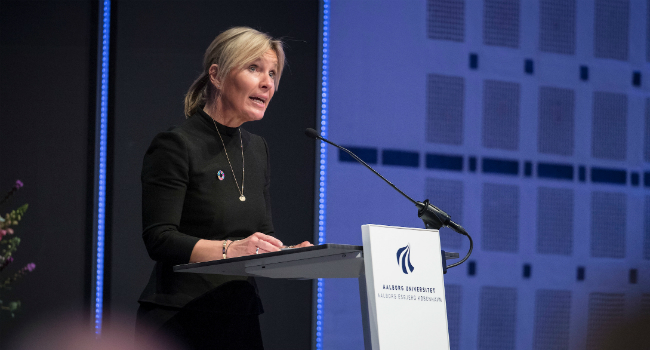 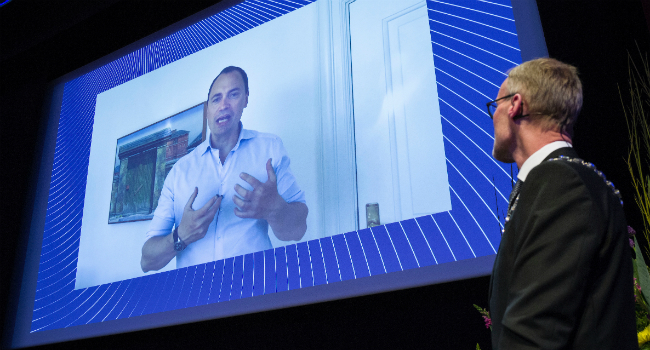