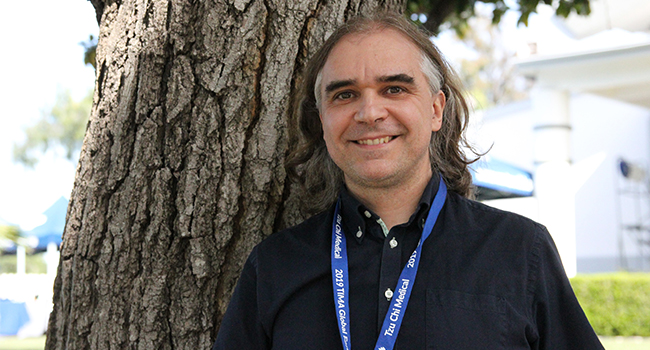 Unleashing the power of the microgrids

Today, a large number of private households, companies and public institutions have invested in autonomous solar power installations that only supply the limited number of buildings and users that are connected, and rely on the main grid. This means that a large part of the energy that is being produced goes to waste if there is no local demand on the grid.

According to one of the World’s leading researchers in microgrid technology, microgrids could be the key to a far more efficient, safe and reliable distribution of sustainable energy.

- If we can develop the technology to coordinate microgrids in clusters, we can achieve unprecedented levels of scalability expandability, efficiency and resilience. This is the next frontier of microgrid research, says Professor Josep M. Guerrero from the Department of Energy Technology at Aalborg University.

Right now, about 15 per cent of the power is lost in transmission between power plants and consumers. But microgrids that communicate and work together in clusters could be the most efficient way of bringing stable, sustainable energy generation to people.

- Imagine several villages in a rural area without electricity access. Each village could generate renewable energy, store and consume it locally thus forming a microgrid. The next step is to interconnect each microgrid village to build an electrical distribution system and share the power generation and consumption among the villages. This way we can conceive electrical grids from the population needs following a bottom-up approach, Professor Guerrero explains.

- The same thing can be applied in Denmark in houses with solar panels and electrical vehicles. Each microgrid house could be interconnected in the neighbourhood microgrid cluster. The challenge is to coordinate each microgrid and improve the efficiency of the whole energy system, he says.

With the current loss of power in transmission, it becomes questionable why we should build big power plants that are situated far away from the consumers, says Josep Guerrero. Particularly when those plants rely on either non-renewable power sources or dangerous nuclear fission.

- Everyone remembers the disaster in Fukushima following the tsunami in 2011. Today, with an increasing number of natural disasters such as earthquakes, tsunamis, volcanoes, or tornados, we need to develop highly resilient energy systems that can survive extreme events, he says. The solution could well be micro-grids.

Funding for the future

Professor Josep M. Guerrero is among a small group of elite researchers that has received funding from the Villum Foundation. With a grant of 39 million DKK, he will be able to focus on the development of a platform that makes it possible for multiple microgrids to collaborate on smart-grid scenarios.

- With this funding we will be able hire a large team of researchers to help the development of smart grids. The applications are multiple; energy communities, rural electrification, electric ships and vessels. The vision is to make us rely 100 per cent on renewable energy with high levels of resiliency. Those breakthroughs may not be possible to overcome without the help of this grant, he says.